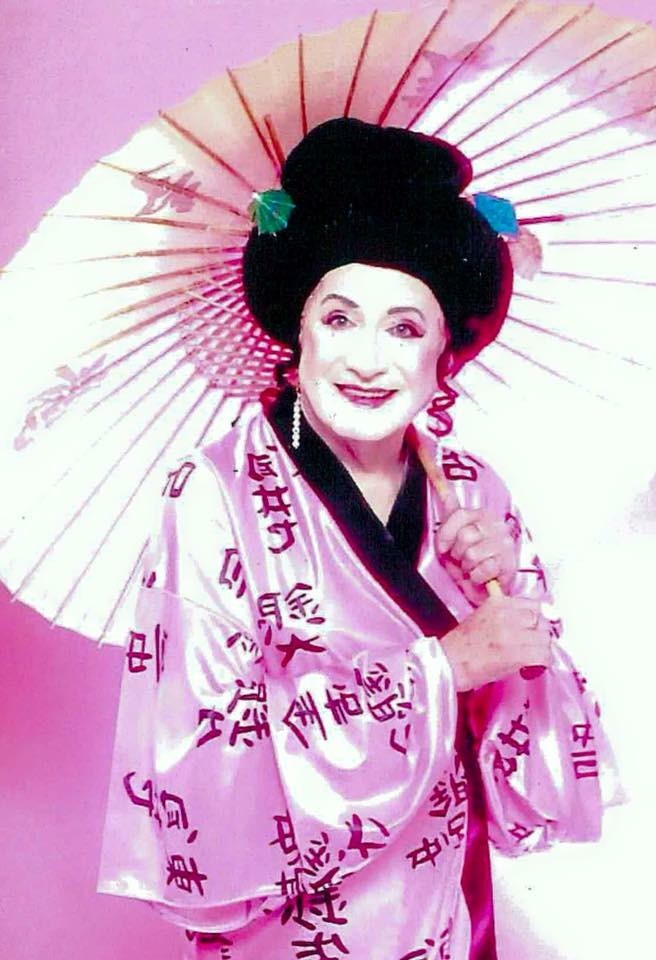 In honor of what would have been my father’s 94th birthday and transgender awareness week.

My adoptive father, Frank, was born in 1926.  The first born son of a depression-era family, he grew up to be highly responsible, emotionally unaware, and fearful of scarcity. Once my mother, Marie, had died, he hoarded, buying multiple versions of the same items, stockpiling canned goods and paper products.  It’s been over 12 years since his death and only recently have I finally used the last of the plastic wrap (What?  Was I supposed to throw out perfectly good cling-wrap??)

He’d impressed me in those early post-Marie months with his resilience.  My mother had been the dominant figure, the keeper of the finances, and Frank had always seemed so easily subject to her will.  Once freed from restraint, he went on a shopping spree, bought a boat and a car, fishing gear, and a computer.  He’d even gone to the library for classes on how to email and use the Internet and had started sending me the occasional updates.

Then, on a summer Sunday in 1998, I opened one such update and gazed upon the small, blurry picture of a mini-skirted, blonde-wigged individual, attempting a seductive pose.  “I’ve always wanted to look like Marilyn Monroe, “ it read. “What do you think?”

My first thought was that it had to be some sort of joke.  Some teenaged cousin must have hacked into the account.  This was obviously a reconfigured photograph from some outside source.  MY father, my silent, 72 year old, blue collar father, was NOT wearing a push-up bra and fuck-me heels.  I dialed the phone.  He picked up on the first ring.  “I guess you got my email.”

“What do you think?”  he asked.  I replied, as any daughter might:

In fact, Frank always did have great gams. They were slender, but strong and shapely, and as a chubby teenager, I was envious of them.  I was never comfortable in short skirts and certainly could never pull off anything like the come-hither glare of that person in the photo.  Nor did that align with the man I knew as my father.  Frank was a demure figure, standing obediently holding bags in the sweltering heat of Alexander’s department store during the annual school clothes shopping ordeal.  He would smile and wave, twiddling his fingers at me when he would come home from work.  I recall no conversation from him beyond, “how are you, little girl?”  As that little girl, I adored him, until I didn’t, which is a tale for another day.

The  final 12 years of Frank’s life were lived in large part as a woman named Cynthia Lou Ann Brown.   Those years were not unproblematic – Frank was an alcoholic and a cancer-survivor and never particularly attuned to the emotional lives of those around him.  He was never cruel or cold; he never demanded excellence or affection or anything much really.  Mostly he was oblivious in a wide-eyed sort of way.  And so was she.  Cindy.  My dad.

Maybe that was a way of dealing with the suffering especially once he stopped drinking: the grief of losing his wife, whom he loved despite the harsh realities of their marriage;  the rejection of his brothers – not because of his transgenderism as it happens, rather one of  the aforementioned harsh realities of his life with Marie.  And then, the Big One.  What kind of existential pain is it, to question something so integral as your gender?  I’ve dealt with plenty of existential crises in my day, clinical and post-partum depression, trauma et alia, but I’m a girl and a girl I’ll always be.  It never really enters my consciousness. It simply is.   What does that do to you when it isn’t “simply”? Moreover, as a member of the “Greatest Generation” , a Union dues paying member of the working class. That he drank, and drank heavily, is no longer a mystery for me, nor are the difficulties of his marital relationship.  That he was able to transcend all of that and live as he wanted, as she wanted, is more intriguing.  Frank was not a brave man, but Cindy, she was flamboyant and talkative and social. and Bold.   What power it gave to that soul, to live in the way it was meant to live.  To sing its unique song as both Frank and Cindy.  She hit upon that truth without ever hearing about “alignment” or “living authentically.”  She just lived.

When my father died, we gave him a small memorial service.  It wasn’t what his girlfriend wanted, nor his sister, but once it was over, to me, it seemed perfect.  One of his friends, an AA buddy named Banjo Jack, whipped out his guitar, strummed its raucously untuned strings and led the small group in Amazing Grace.  The lost soul that was Frank found its home in Cindy.  My father was free. 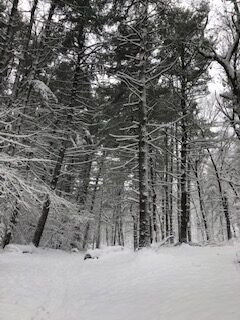 I’ve delayed posting anything after my first entry in paralysis over perfection.   Maybe I am a terrible writer. Maybe I have nothing to say. 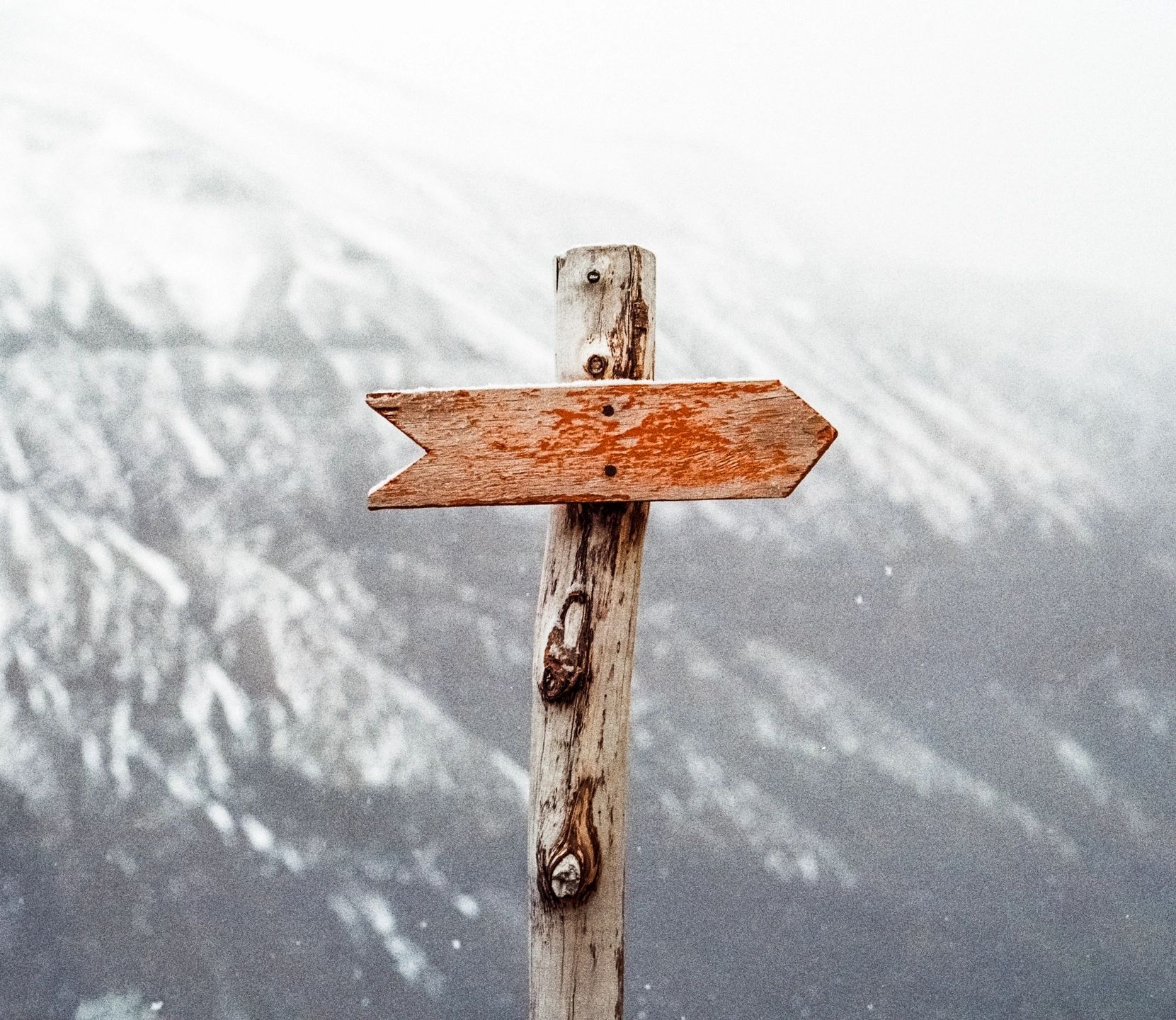 Somewhere back in time I started growing this dream to go to Nepal.

I’m not certain when or how that mustard seed got planted or why Nepal of all places or even what I hope to gain by it entirely beyond the simple experience of travel.  Nevertheless, I’m going. Come September 28th, I’ll be lacing up my most comfortable hiking boots, slinging a daypack over my back, and heading off into the foothills with a group of strangers.

I should add here, I am not a particularly courageous person.  My persona belies that truth. Many people have remarked that I give the appearance of someone much larger than my shorter than average frame.  I can exude enough confidence and warmth to inspire belief. In my heart of hearts, however, I am still childishly shy, fiercely guarded, and afraid.

In one fell swoop i’m going to buck all three.  Along the way, I also have to get myself into shape, save up a boatload of money, and plan the details.  These activities are likewise not in my wheelhouse. Despite the appearance of organization, I’m a flake.  Financially I’ve always managed to have enough to pay the bills, but not with much fat to store by. The only part I have down is the fitness.  For my age, I’m in reasonable shape, saving the proverbial 10 lbs everyone wants to shed. I have never spent much time in any altitude, however, nor will I have the chance prior to my trip, making that a great unknown.

To do anything new and big, you have to be comfortable with the unknown, don’t you?

For years, I counted myself an atheist.  Rational, experiential, a bit arrogant about it.  What I have come to realize was that my definition of God was far too limited – and maybe most of our definitions of God are too limited because as siple humans we have no choice.  We’re limited in scope, whereas God by definition is not, and that is not a concept we can entirely understand.

So I’m going to Nepal to answer a whole lot of questions.  Many of them will be answered along the way, some when I am there, some afterward.  Some never. And that’s ok, because although my physical composition has an endpoint, the parts of it do not.  Learning to live, to be at one with unknowing, with incompleteness, as well as with eventual finality, that’s what the journey teaches us.

Time to get started. 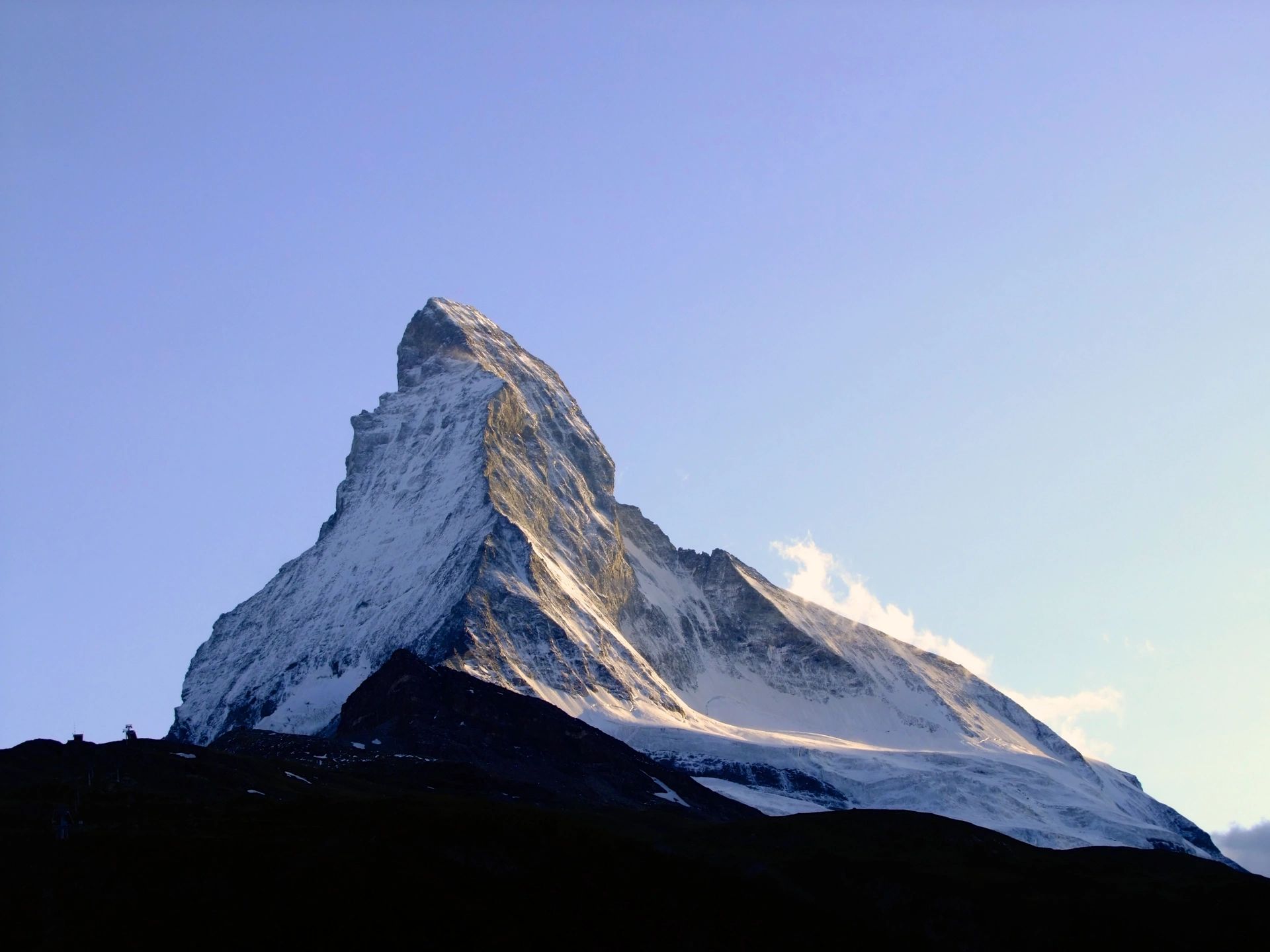 Well, that was short-lived.

Back in February, I was researching 24 hour flights to Kathmandu, wearing a Darth Vader breathing mask, and reading up on cerebral edema.   Gathering my resources, checking out sales on supplies, shoring up my team to take over while I was off grid.

Now it’s April, and while the Adventure to Annapurna is not officially off the 2020 table, I’m pretty sure that it will come to that.  Given the preparations necessary, I need to decide within the next few weeks.  But as with so many decisions that we think we’re making, I am becoming subtly aware that the choice has been made already.

That does however leave 2020 wide open for some new scheme to be born.  What? 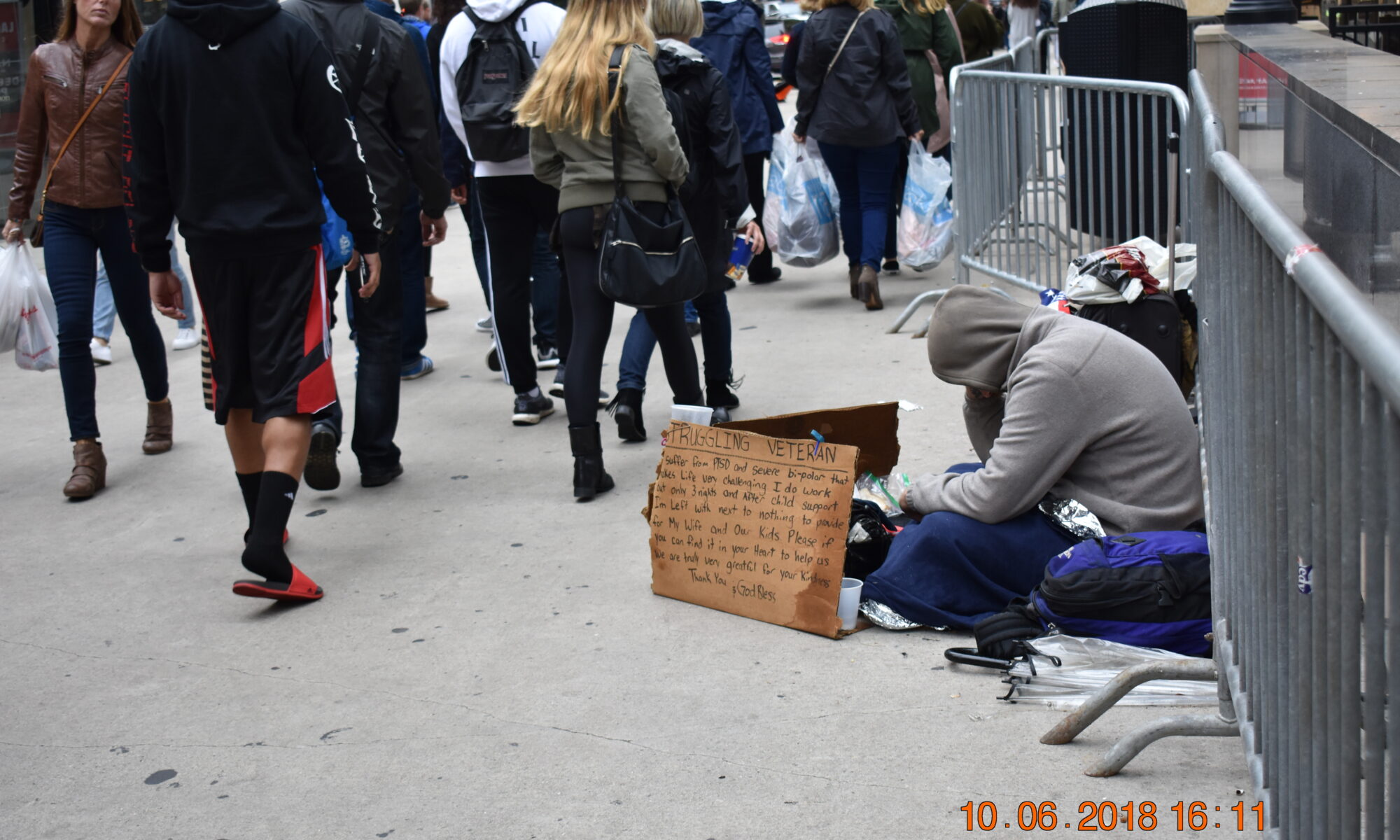 This America where narrowness of vision and xenophobia, misinformation and a blatant disregard for the well-being of other people allow for the rampant spread of a deadly virus throughout vulnerable populations.

This America where instead a inspiring to work together toward the common goal, we are pitted against one another as states compete for life-saving resources while the elderly struggle for breath.

This America where the closure of schools means the loss of meals for hungry children.

This America where two men in a truck can shoot down another man for no reason.  Except the color of his skin.

This America where families are torn apart for believing in the vision that coming here might offer a more fruitful life.

This America where those sworn to protect us can kneel on a man’s neck without the any heeding of his death throes.

This America where mounted police surround a group of citizens expressing their outrage with words and disperse them with violence.

The America that thinks all of this is a part of making us great again.

I want this not to be my America, but it is. It’s the America we’ve been and continue to be, I just haven’t been paying as much attention lately. I’m white and middle class and middle aged, healthy, comfortable, safe. It wasn’t so long ago, however, that I lived on the edge of homelessness, suffered violence and fear, distrusted the powerful, and knew how easily I could die.

Life is fragile. Life in America even more so these days. Where is the awe in our miraculous uniqueness? Why do we not hold that life in a sacred trust? We have to come together so that not one more person dies a needless death.  So that those who have died will not have done so in vain. We the people can make their legacy one of unity, justice, and peace.  We the people can make America, our America, great again.

This may be a good place to introduce yourself and your site or include some credits.